BOLT OUT OF THE BLUE I was perusing social media one morning in early June. Someone had tagged the Vintage Mobile Cinema with a rather exciting message. They were drawing my attention to a website showing a model of the Vintage Mobile Cinema. It was an extraordinary 1/43rd scale die-cast model of ‘Audrey’ (including her registration plate) and had been … END_OF_DOCUMENT_TOKEN_TO_BE_REPLACED 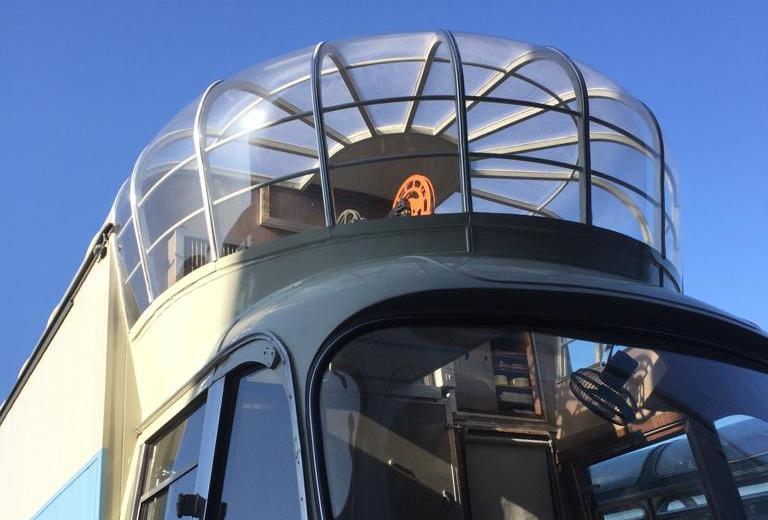 It was a little while in the planning but finally we have managed to get the Dome reglazed. This was a complicated job that was achieved thanks to some very impressive work from some very skilled craftsmen. I had some lengthy chats with Ollie (the previous owner) about the dome. He had carried out the reglazing around 14 years ago … END_OF_DOCUMENT_TOKEN_TO_BE_REPLACED 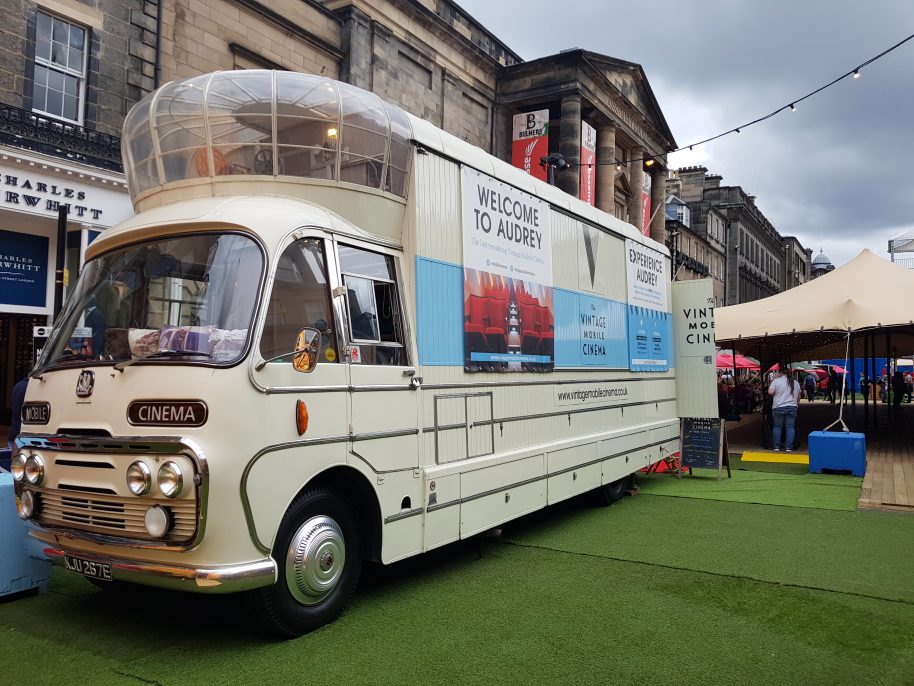 We’ve had numerous emails and phone calls about Audrey coming to the Edinburgh Festival this August. Sadly the Vintage Mobile Cinema will not be going this year. And unfortunately, it very much looks like we will not be able to return in future years. In a new initiative, the Edinburgh Council (led by Councillor Lesley Macinnes) have hugely increased the … END_OF_DOCUMENT_TOKEN_TO_BE_REPLACED

We’re making steady progress with the trailer with significant updates since the last blog post. Two of the three window frames have now been fitted. Additionally, we have added the metalwork to support the Awning which will sit above the windows. On the inside, large steel plates have also been added…   On the outside we have made progress … END_OF_DOCUMENT_TOKEN_TO_BE_REPLACED 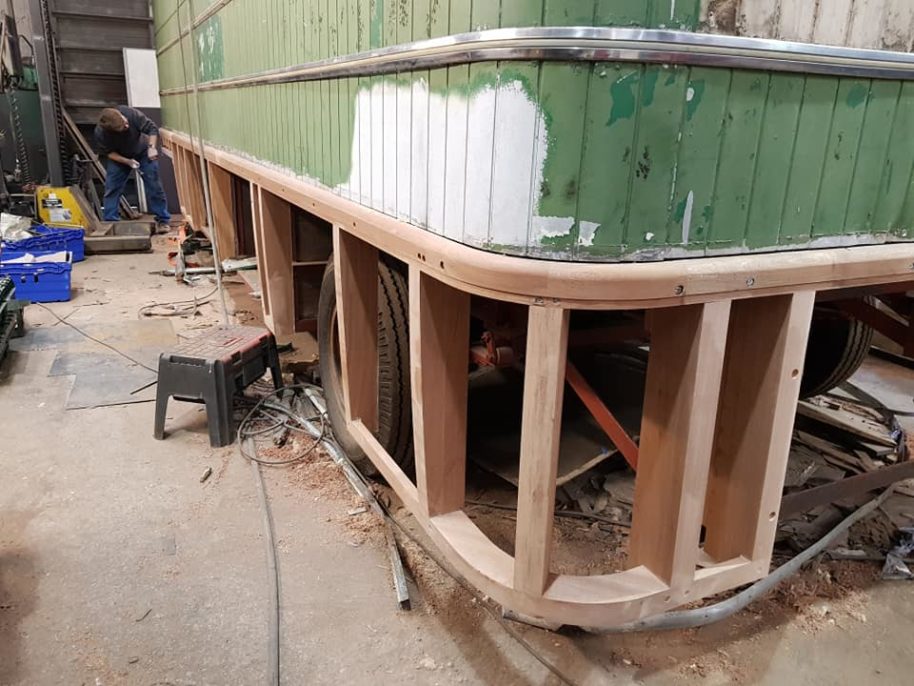 We’re making very good progress with the trailer restoration. It’s been six weeks since the last post and in that time much has been achieved. ‘Blossom’ from Ward Jones Commercials has been focused on the internal structure including the roof, walling and floor of the trailer. Meanwhile the carpenter Brian Francis has built the new windows (waiting to be fitted … END_OF_DOCUMENT_TOKEN_TO_BE_REPLACED 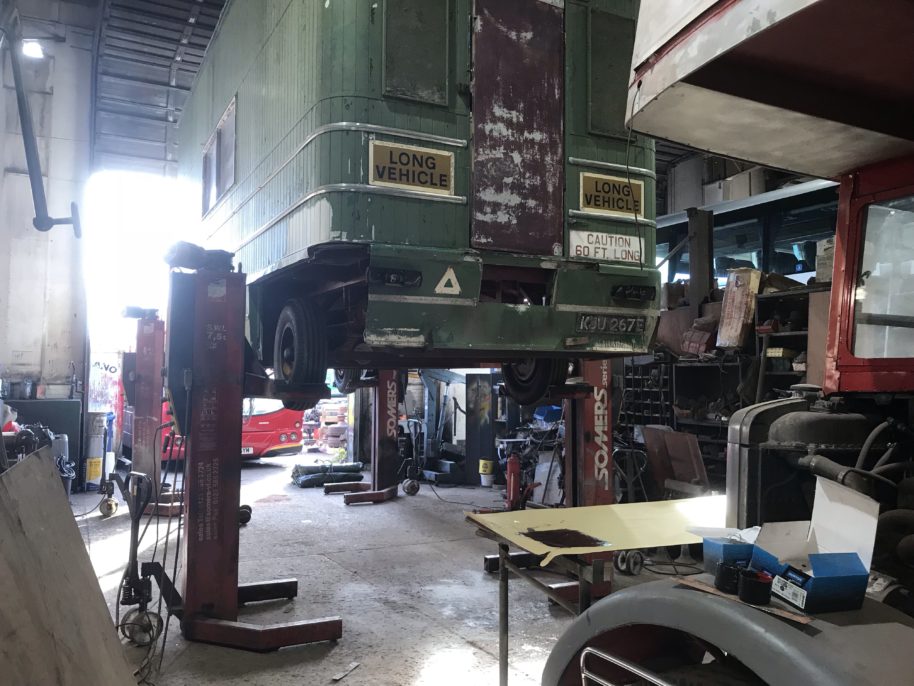 We’ve made a start on the restoration of the trailer. We’ve set ourselves a deadline of November to have it completed and ready for the Tring Book Festival, where the trailer will be used as a Book Shop!! 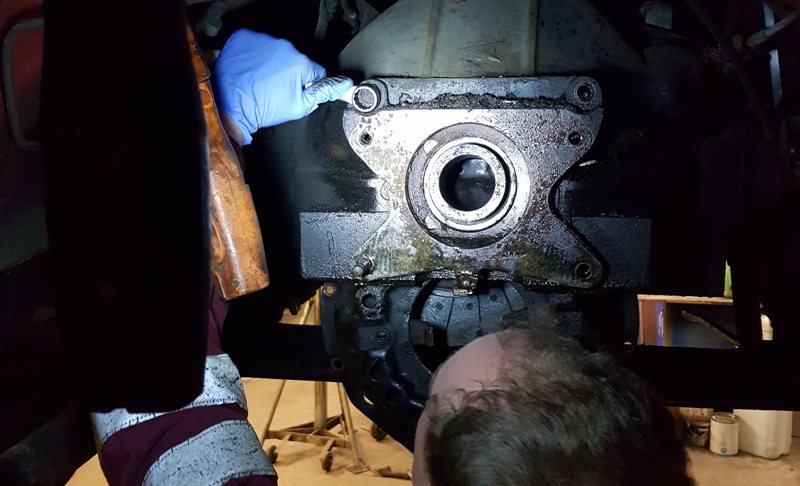 In early November, we had a significant problem with the engine/gearbox. I was unable to get into 1st, 3rd or 5th gears. Fortunately 2nd and 4th got us out of trouble and to safety. Our engineers at Ward Jones discovered that 3 of the 7 bolts that hold the gearbox and clutch to the main engine housing were stripped. I … END_OF_DOCUMENT_TOKEN_TO_BE_REPLACED 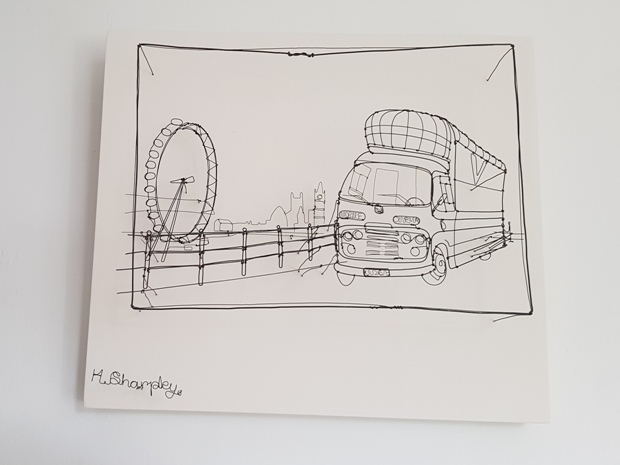 Whilst at the Contemporary Craft Festival in Bovey Tracey in 2017, I got talking to Helaina Sharpley, whose artwork was featured in a film we had shown during the weekend. One thing led to another and she has produced this amazing wire artwork of Audrey parked up near Westminster. If you would like a similar commission, don’t hesitate in getting … END_OF_DOCUMENT_TOKEN_TO_BE_REPLACED

During August ‘Audrey’ will be parked outside the Assembly Rooms (Venue 20) on George Street for visitors to admire, photograph or hop onboard. Every day there will be free screenings running every 15 minutes about the history of this beautifully restored 1960s Mobile Cinema. To celebrate 70 years of the Edinburgh Festival Fringe, audiences will also be able to watch … END_OF_DOCUMENT_TOKEN_TO_BE_REPLACED 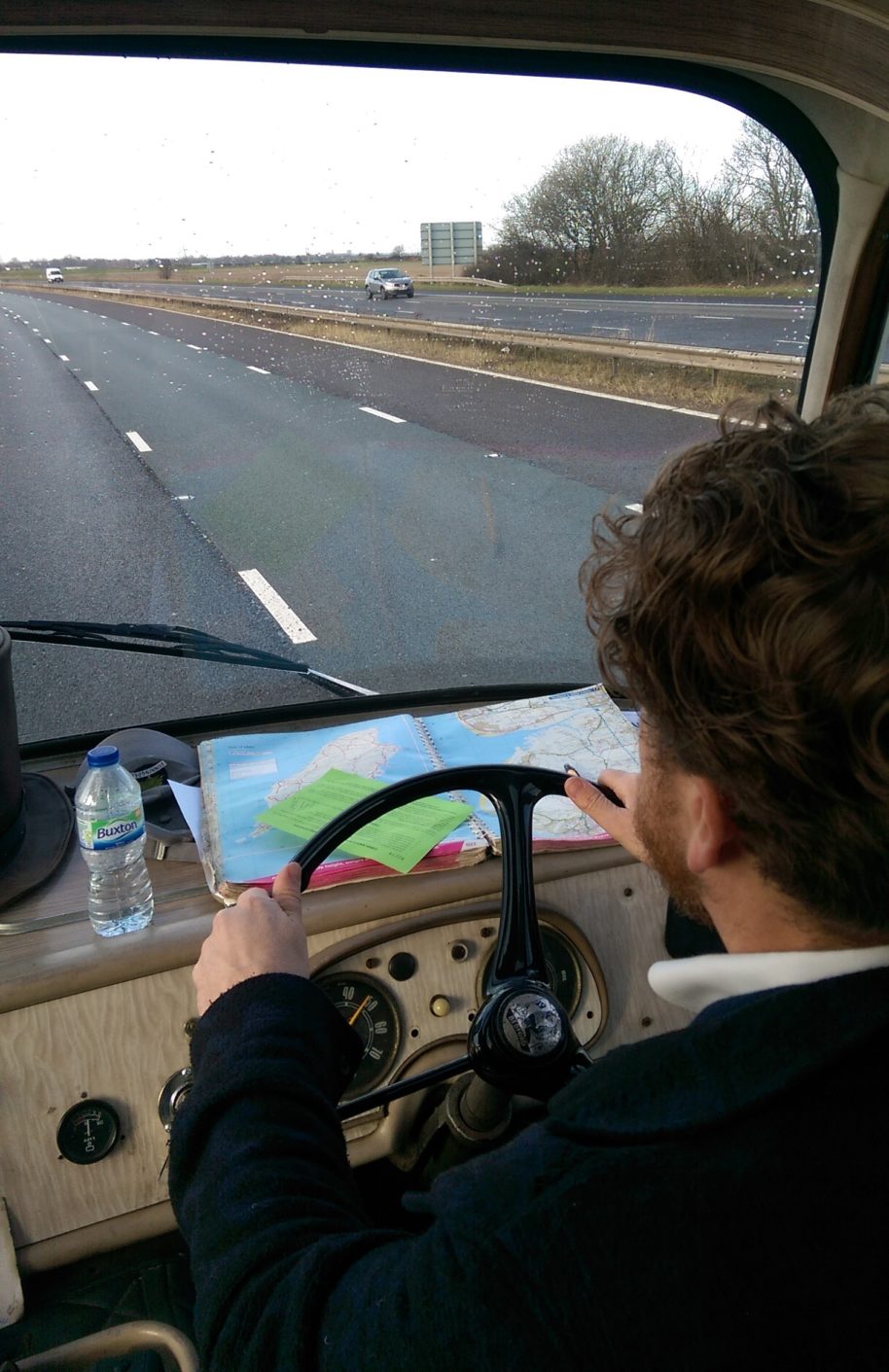 After the winter break it’s always nice to get the first significant drive under our belts. Last weekends trip to Liverpool provided the chance to Dust off Audrey’s Cobwebs. Fresh from a winter maintenance schedule that included servicing and general body repairs, Audrey is running rather well.